Pronouns: He, Him, His
Workshop Sessions:
Out in College, Stealth in the “Real World”: Leaving Your Safe Space and Finding a New One
Allyship within Our Community: How to Support Other Letters in the Acronym That Are Not Your Own
Identifying Privilege: A Workshop on Understanding Your Identities and Their Intersections 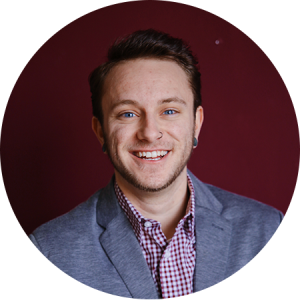 Bio: Asher graduated with a B.F.A. in Filmmaking from The Film Institute at Montclair State University in New Jersey in 2017. He will complete his M.F.A. in Film Producing at the Barry R. Feirstein Graduate School of Cinema, Brooklyn College, CUNY in 2020. At Montclair State University he was the Director of the Pride Board, the executive board, which created and led hundreds of programs throughout the academic year, as well as facilitating Transcending Boundaries, a support and discussion group for trans* individuals. He is currently in talks with Feirstein’s Student Organization to develop a LGBTQ Group for student at the brand new school. Asher has presented numerous transgender-related presentations at many universities and high schools throughout New Jersey. Some of these were about self care, masculinity in transgender communities, lgbtq health care, resources for medically transitioning and changing one’s name in New Jersey, and many more.

Identifying Privilege: A Workshop on Understanding Your Identities and Their Intersections

What does it mean to “be privileged?” Have you ever questioned your own privilege or those around you? Have you struggled with understanding if privilege is something others put on you or something you are born with? In this interactive presentation and discussion we will break down what it means to have privilege, who has privilege and why, and why it’s so important to be aware of your own privilege.

Allyship within Our Community: How to Support Other Letters in the Acronym That Are Not Your Own– The word “ally” is a verb. That is often something we teach our heterosexual-identified supporters, but rarely something we conceptualize within our own community. Have you been putting in the work that it takes to support your fellow LGBTQ family members? It is easy to advocate for our own identities, but how do we advocate on behalf of the identities of others? When we advocate, are we keeping various intersections of identity in mind? In this interactive workshop, we will discuss how to be the best ally you can be to all identities to combat erasure and privilege within the LGBTQ community as a whole

Out in College, Stealth in the “Real World”: Leaving Your Safe Space and Finding a New One

Going to college is an overwhelming experience for everyone. Going to college as a person who identifies as someone in the LGBTQIIA+ community can be even more overwhelming. Finding and creating safe spaces in college are seemingly the only way to not only get through college, but strive and enjoy it. So what happens when it’s time to leave the nest you’ve been safely and happily living in for the last few years? In this interactive workshop we’ll discuss ways to find and create new safe spaces outside of college, in “real life” as well as coming out in workplaces, being stealth, and any other variation of “outness” you may be questioning.